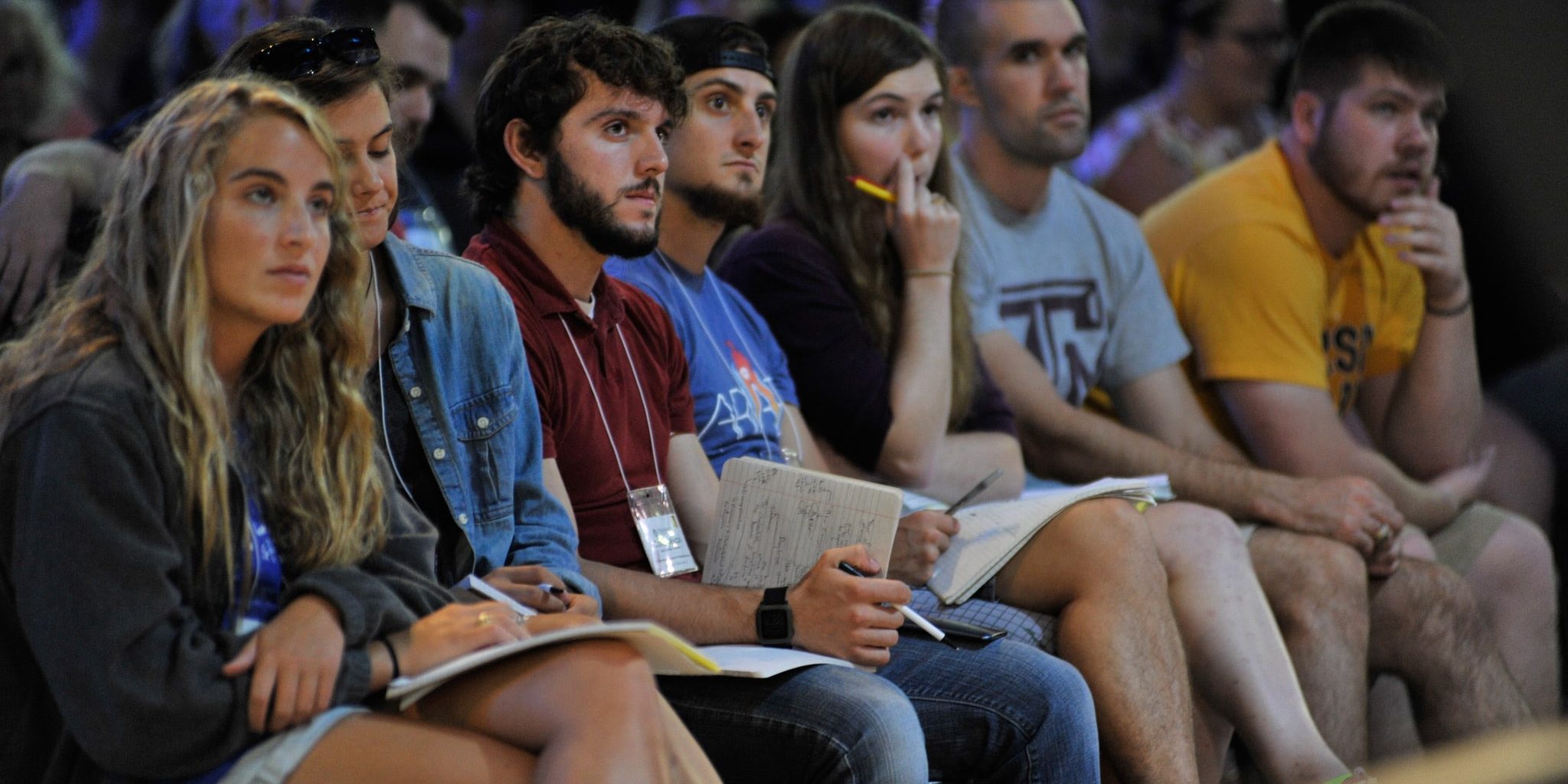 STEUBENVILLE, OH – As in any presidential election, political tensions run high as voters evaluate the candidates. But instead of “looking to the Capitol dome to save us,” U.S. Congressman Jeff Fortenberry urged participants at the July 18-21 St. John Bosco Conference at Franciscan University of Steubenville to “form hearts and minds that are oriented to the truth.”
Fortenberry, who earned an MA in theology from Franciscan in 1996, represents the 1st Congressional District of Nebraska. He spoke briefly Wednesday night, saying a “wholesome, good, and just society depends upon the formative institutions of family life and faith life and civic life.”
Setting record attendance numbers, the St. John Bosco Conference drew nearly 450 catechists, youth ministers, DREs, and religious educators, who attended workshops to fulfill diocesan catechist certification. Participants came from all across the United States and Canada, and as far away as Ireland, Nigeria, Nicaragua, and Lebanon.
Throughout the four-day conference, participants attended some of the 72 workshops offered, covering topics such as mission, lesson planning, personal spirituality, and Catholic social teaching. They also attended daily Mass, confession, a Holy Hour, and praise and worship led by Franciscan University professor and musician Dr. Bob Rice.
Following Fortenberry, Archbishop Joseph Kurtz, DD, of Louisville, Kentucky, and president of the United States Conference of Catholic Bishops, spoke on “Being Pastorally Present: The First Step of Mercy.”
Quoting Pope Francis, Archbishop Kurtz said, “The first act of mercy is to walk with another person,” and that being pastorally presents requires one to be personal with parishioners. “Error increases with distance,” he said. “If we’re distant from people, [such as] a pastor who’s distant from his people, the greater chance of error.”
“If you have a gift, use it to join other people,” Kurtz said, sharing a story about his brother who had Down Syndrome. “If I meet a family where a child or an adult has Down Syndrome, it’s as if I’ve known them for 50 years.”
Speaking on “What the Church Teaches About Homosexuality,” Dr. Janet Smith, who holds the Father Michael J. McGivney Chair of Life Ethics at Sacred Heart Major Seminary in Detroit, said homosexuality is a “particular challenge of out times.”
Smith cautioned against using loose diction when sharing Church teaching, saying, “We stopped using the word ‘homosexual’ and ‘gay’ because both of those suggest that this is something someone is, that somehow that’s their identity. A better description is that they experience same-sex attraction.”
“Same sex-attraction is not an impediment to sainthood,” she said. “It’s all about what we do with the struggles that we have in this world.”
Her advice to those with friends and family members struggling with same-sex attraction was simple: “Pray that God will show you how to love them. Accept, but do not approve. Don’t cut them out of your life. . . Tell them that you’re praying that they’ll get that job or get that raise . . . And lovingly share your beliefs about homosexuality.”
Franciscan University catechetics professor Scott Sollom opened the conference with his talk, “In the Tender Compassion of Our God.”
“As catechists, we need a new evangelization,” he said. “We need to be reawakened in our love for and adherence to the good news that Christ has died for us and rose for us and has given us eternal life so that we can go to heaven. It’s hard, especially for catechists, because it always seems like the new evangelization is for someone else.”
Sollom urged the audience not to dwell on either past failures or successes. “We have these great, fond memories of our lives with Jesus, but we’re trying to live today by yesterday’s grace. If you really want to be something new, don’t look to the past. We shrivel up God into something he used to do, and he becomes a little idol that sits in our hearts. The Lord is not the “Almighty God of Re-Runs.’ He’s not interested in repeating his performances; he wants to do something new.”
This year, Franciscan University of Steubenville’s Christian Outreach Office offered 5 adult, 4 young adult, and 23 youth conferences in 14 states and 2 Canadian provinces. Visit steubenvilleconferences.com for a complete list of conferences.