A "Judgmental Moose" Takes on the Seven Deadly Sins 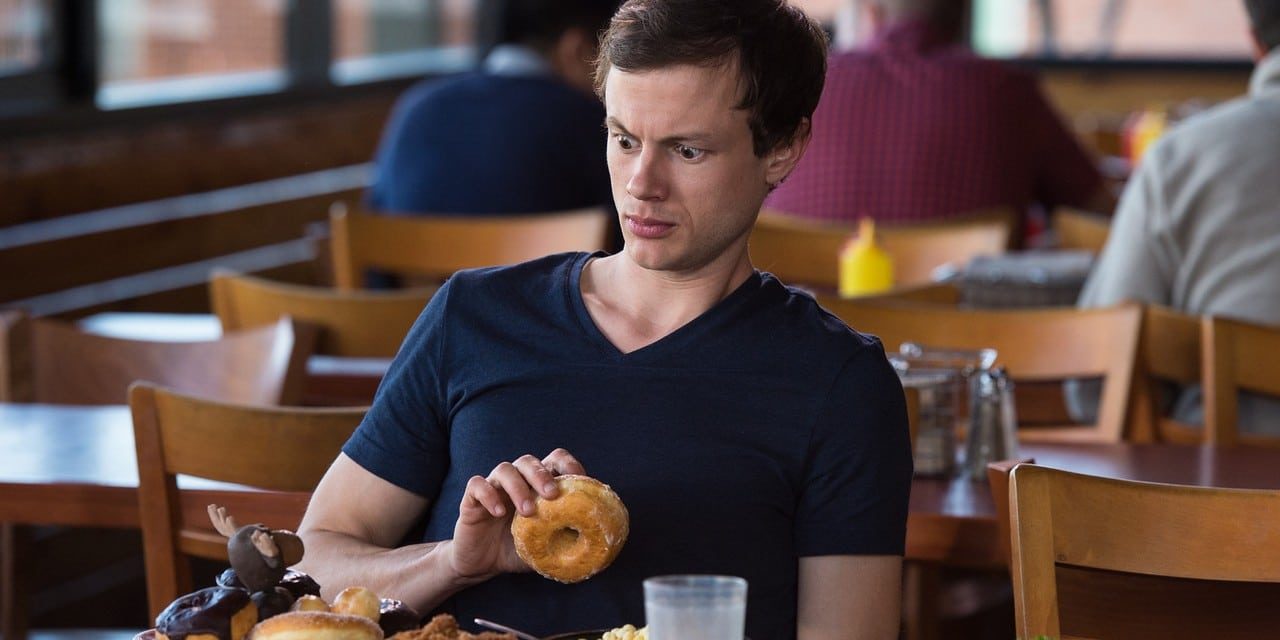 STEUBENVILLE, Ohio—While playing video games in a dorm room lounge, surrounded by empty chip bags and pizza boxes, Rich hears a voice say, “Oh, sad little man.”  He looks up, but no one is there. There is, however, a large moose head mounted on the wall, looking down at Rich with big, accusing eyes.
So begins “Sloth,” the first episode of Franciscan University of Steubenville’s new web series Judgmental Moose. Each episode of Judgmental Moose takes a look at one of the seven deadly sins: sloth, pride, gluttony, greed, envy, wrath, and lust.
“Judgmental Moose is about listening to our conscience,” says Bob Rice, one of the show’s executive producers and a catechetics professor at Franciscan University. “The moose is like Jiminy Cricket in Pinocchio—he continually questions the main character about his decisions.”

Judgmental Moose premiered in February on Outside Da Box, a producer of short Catholic videos, and on Steubenville Fuel, an online outreach of Franciscan University and the Steubenville Conferences. Additional resources for youth ministers on the Steubenville Fuel website include discussion questions for each episode.
The project was inspired by Franciscan University’s desire to reach young people in a new and exciting way, says Rice. “Young people live in an Internet-saturated, story-driven culture. We thought the best way to reach them would not be to tell them the truth about the faith, but show them the truth through a creative, quirky, and thought provoking story made with the kind of ‘Hollywood’ quality young people are accustomed to.”
To guide the creative process, Franciscan University brought in veteran Hollywood screenwriters and script consultants Barbara Nicolosi and Vicki Peterson. Nicolosi is one of the series’ executive producers, and Peterson is the head writer. They also helped find producers, writers, and a director for the series, which was filmed in Los Angeles.
A second series, Ask J, will premiere on SteubenvilleFuel.com in the near future. Ask J follows a young man as he ponders some of life’s biggest questions, all while trying to correctly answer them for others.
Rice has high hopes for the future of Franciscan University’s creative Web presence. “I believe the Holy Spirit has led us this far and has more for us to do,” he says.
Judgmental Moose is a media initiative of the Franciscan University of Steubenville Catechetical Institute and Franciscan University’s Christian Outreach Office, which sponsors conferences for youth, young adults, and adults.
To view videos, go to outsidedabox.com or Steubenville Fuel Resources
Photo:
Rich reacting to the moose: https://flic.kr/p/DTtkUn